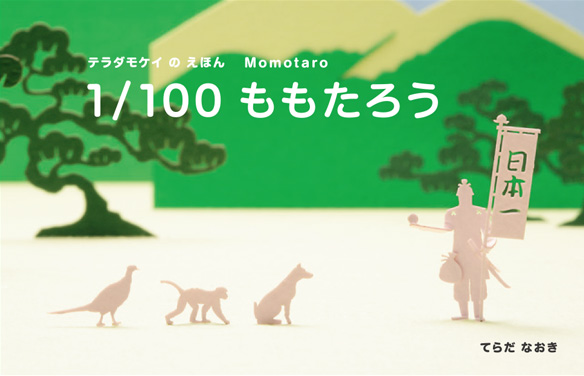 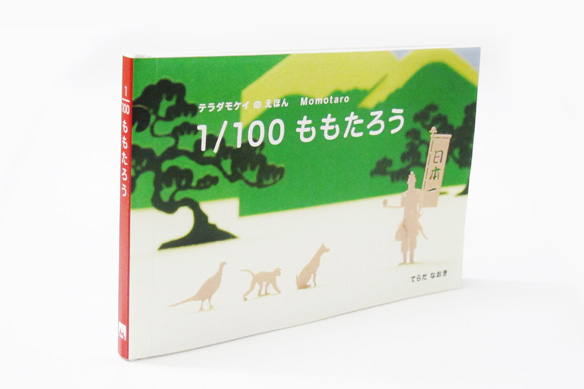 Excerpt from afterword:
When I was a child, I would often pretend to read picture books to my little sisters, making up the stories as I went along, but they were always met with disapproval.
I still make up stories now as I pretend to read to my four years old daughter, and they are as unpopular as ever.
I get bored of reading the same old stories as they were written, so I change them on the spot. Apparently kids can't bear this.
This Terada Mokei picture book features children's stories that we all know, with a few small changes. Read them to children, and you too will be able to share in the bitter experiences I had with my sisters and daughter.
If you disapprove of these stories, then you too are still a child. Good for you! (Naoki Terada)
April 4, 2014 on sale

Backdrop Download
A backdrop for '1/100 Scale Momotaro' is now available in PDF. Download and use it with the '1/100 Scale Architectural Model Accessories Series No.42 - Momotaro'.